In these sections, numerous examples offer an overview of the most important developments of his production. Special work complexes - such as stage design, typography, and graphic prints - are discussed as individual aspects.

Beginning in the 1920s Willi Baumeister played an important role in German and European art. Of the German artists who did not or could not leave the country despite persecution by the National Socialists, few succeeded as he did between 1933 and 1945 in producing such future-oriented new form and content. After 1945 Willi Baumeister was seen as an advocate of abstract art, and was as highly esteemed as he was intensely attacked.

Baumeister's short autobiography from 1946 reveals that his search for the 'right form' began with impressionistic and cézannesque attempts, before he found his own way after World War I: 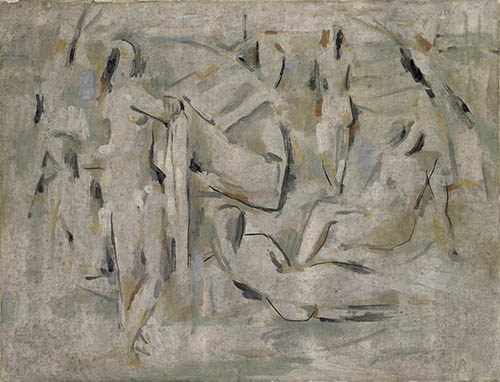 During his training his work revealed figuration influenced by impressionism. Like many important artists of his time, he underwent a postimpressionist phase that - starting with Paul Cézanne - was initially indebted to cubist approaches. Already here was the basis for nearly his entire oeuvre. Despite his encounters with German expressionism, this orientation found little resonance in Baumeister's work.

After World War I. 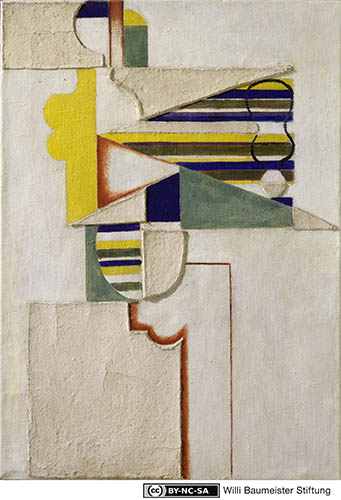 In his second production period, following World War I until the end of the 1920s, Baumeister loosened the traditional connection between form and color. He increasingly reduced and abstracted his representational painting in the direction of geometric form. Relief-like wall pictures and paintings thematizing the human or machine emerged at this time. At the same time nonrepresentational painting came into focus. 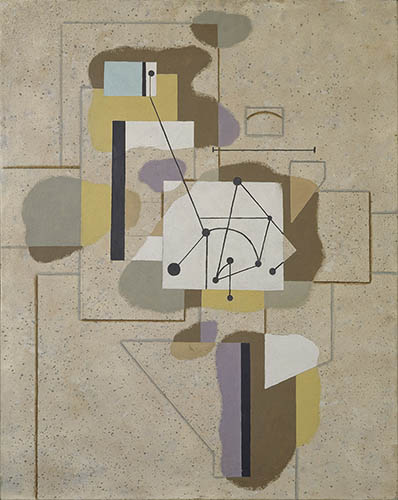 Around 1930 the forms in Baumeister's pictures grew softer. He replaced his severe geometric painting with organically conceived forms. He increasingly produced paintings in oil and sand. For Baumeister this phase was the beginning of an emphatically 'painterly era'. 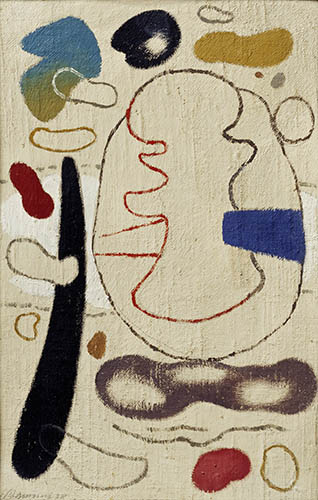 Baumeister's artistic development was not interrupted by the loss of his professorship in Frankfurt in 1933. Around 1937 the extraordinarily reductive and sign-like ideograms developed out of the painterly work phase. The multiform and colorful Eidos pictures grew out of his turn to Goethe's concept of primordial plant forms. After the 1920s the works were dominated by motifs in motion. 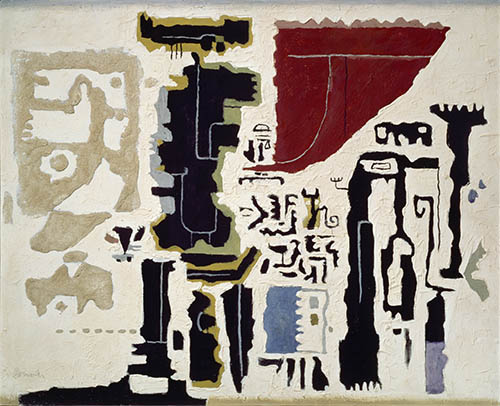 In the period following 1941, Baumeister's work and its development were manifold, even though he was imposed with an exhibition prohibition. African sculpture, in which Baumeister perceived universally-valid images for the development of human existence, found expression in increasing colorfulness. Wall forms and positive/negative structures dominate the work. Large drawing cycles emerge alongside painting. 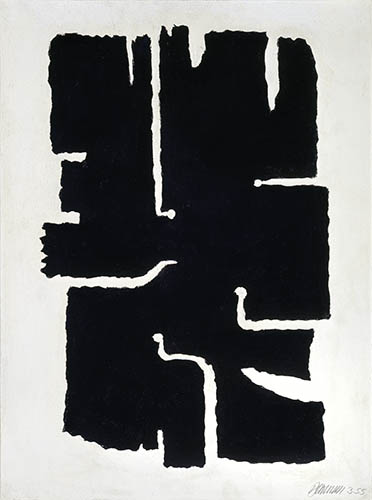 Along with further explorations, he single-mindedly developed a very personal and impressive formal language that was unique in German art immediately after 1945 and found strong international recognition. In Baumeister's late work his many paths came together. At the outset he resumed many earlier ideas and newly interpreted them. Later Baumeister produced densely packed abstractions that distinguished him as an outstanding nonrepresentational artist.