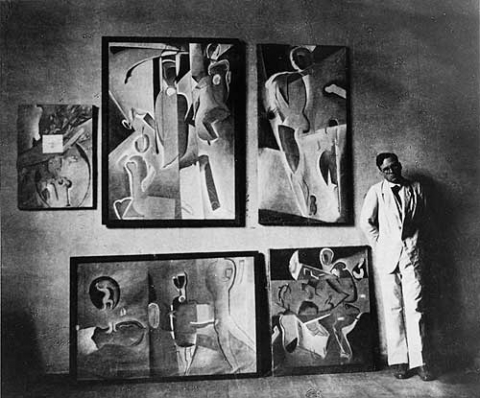 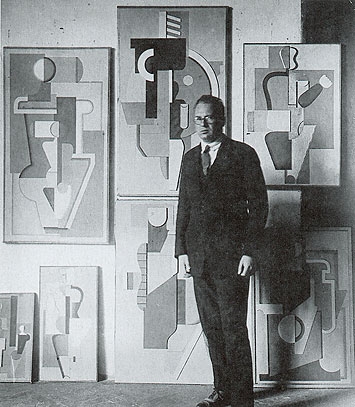 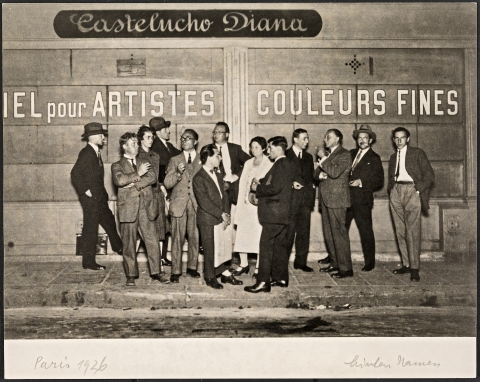 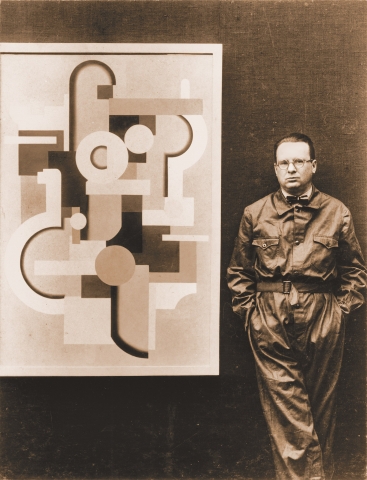 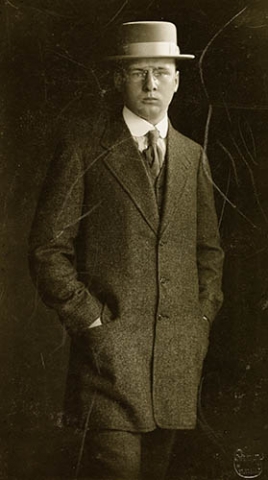 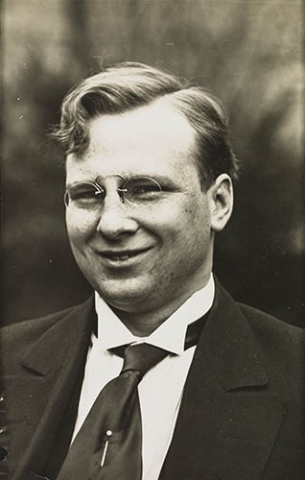 After returning from World War I Willi Baumeister completed his studies at the Stuttgart Art Academy in 1920. In 1919 he joined the Berlin Artist Association Novembergruppe (November Group) founded by Max Pechstein and others. In Stuttgart in 1920 he founded with Oskar Schlemmer and others the artist group Üecht. At this time he began sketching stage and costume designs for performances at Stuttgart theaters and turned to commercial art in the form of advertising and printed materials.

At this time he also increasingly received public attention. Contacts in France - especially with Fernand Léger (1881-1955), with whom he exhibited in Berlin in 1922, and soon also with Le Corbusier (1887-1965) - made him known beyond German borders early on.

In 1922 and 1924 he participated in the Stuttgart Werkbund Exhibition with the famous Wall Pictures, accompanied by further exhibitions throughout Germany. Beginning in 1919 Baumeister kept a studio in the Unteren Anlagen in Stuttgart; in December 1922 he moved into a new one at Stuttgart's Werastrasse 15.

In 1924 Baumeister became acquainted with the architect Heinz Rasch with whom he remained befriended throughout his lifetime and who amplified his affinity for architecture (see Wall Pictures). In the same year he traveled to Paris where besides Fernand Léger and Le Corbusier he also met artist Amedée Ozenfant (1886-1966) and art critic Michel Seuphor (1901-1999). Likewise in 1924 works by Willi Baumeister were shown at a large exhibition of modern German art in Leningrad and Moscow.

In 1924 Baumeister was also called to be a Württemberg Building Advice Center expert for colored house paint and was responsible for the coloration of housing complexes in all of Württemberg.

In 1926 he took the opportunity to participate in an exhibition in New York. He also traveled again to Paris, which led to a large exhibition at the Galérie d'Art Contemporain in 1927. In addition he produced the stage design for Georg Friedrich Händel's opera Ariodante for the Landestheater Stuttgart.

The marriage with Margarete Oehm and the Paris exhibitions are - after the Wall Pictures - personally and artistically the two major milestones in Baumeister's life. He was also well received in Berlin in summer 1927 at the Große Berliner Kunstausstellung (https://de.wikipedia.org/wiki/Gro%C3%9Fe_Berliner_Kunstausstellung) where he had his own space. There he met Kasimir Malewitsch (Kazimir Malevich) who likewise exhibited.

As a convinced representative of applied art, he joined the Ring neue Werbegestalter (Circle of New Commercial Designers) in 1927 to which Kurt Schwitters and other important German typographers belonged. But the most important event for Willi Baumeister - as for the entire European avantgarde - was the large 1927 Werkbund exhibition in Stuttgart with the famous Weissenhofsiedlung (Weissenhof Estate). Here he not only designed numerous printed materials and stands, but also furnished a number of rooms with his works.

Through these activities and successes Willi Baumeister was called to the School of Applied Arts (Städelschule) in Frankfurt am Main, where he undertook a professorship from 1928 to 1933.