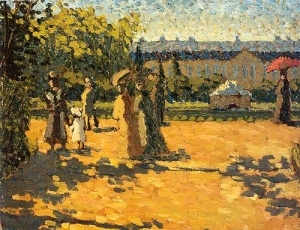 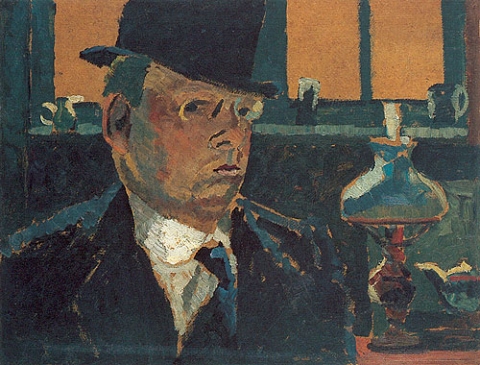 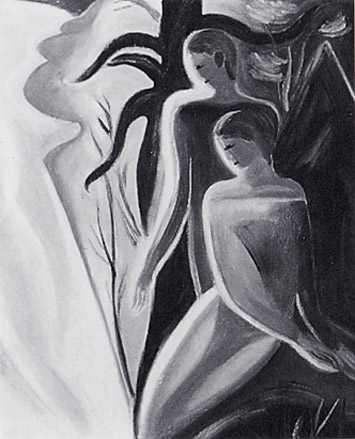 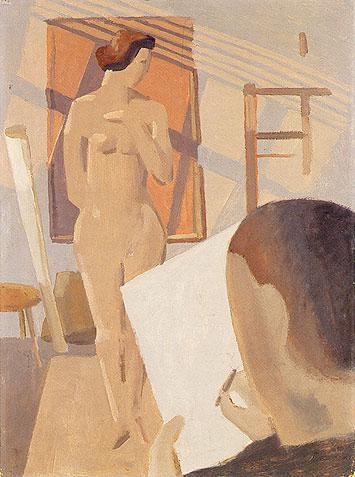 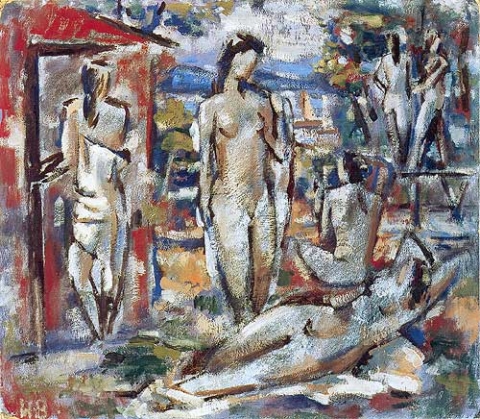 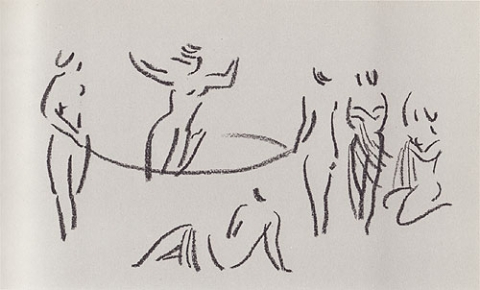 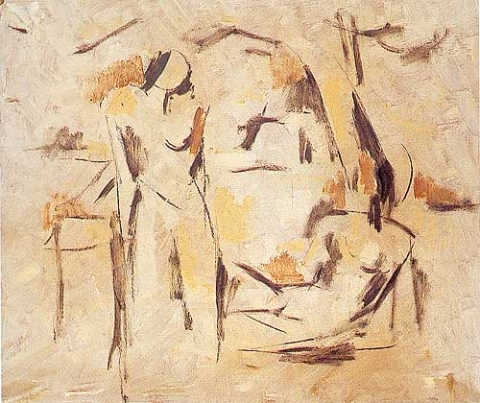 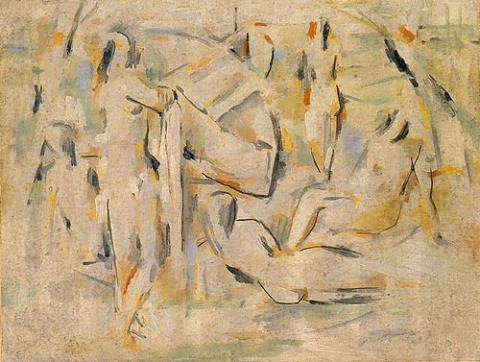 From Impressionism to Pure Form

Willi Baumeister's work largely represents the development of abstract painting in Germany and Europe. His first works, though, still show the influence of his academic training and in particular the styles prevalent at the turn of the nineteenth century.

With impressionistic and postimpressionistic pictures in 1906 to 1909 that depict views of Stuttgart and park or water scenes, Baumeister first reveals French (Claude Monet, Camille Pissaro) and local influences (Otto Reiniger).

This suddenly changed when he entered Adolf Hölzel's class in 1909 and stayed in Paris for the first time in 1911. Like many of those he met studying with Hölzel - including Oskar Schlemmer, Johannes Itten, Ida Kerkovius, and Hermann Stenner - he encountered new expressive media, the desire for abstraction, and the wrestling for the autonomy of form and color.

A letting go of representational naturalism, which Baumeister saw as a soulless standstill throughout his lifetime, characterized his art from now on. He was equally eager to avoid all spatial illusion. Instead, an emphasis on surface planes is evident in works such as Shore (1913), Draftsman and Model (1913), and Reading (1914).

Among the variably abstracted figure compositions produced from 1909 to 1913 are also the occasionally peculiarly striking works from his stay in Amden in 1912-13 - an artistic intermezzo with highly elongated figures that the artist often presented backlit or in strongly contrasting tones (e.g. Two Youths, 1913). Even here, though, Baumeister focused attention not on the figure in the landscape, but on wrestling with an exciting composition with form, color, and planes.

Also formative for Baumeister was his encounter with the art of Paul Cézanne, who was a forerunner of his own theoretical investigation of the contrast between naturalism and abstraction, and out of which resulted a great number of early figurations with bathers. Even in the 1950s Baumeister referred to Cézanne's painting in his teaching.The Readers and studio pictures as well as some of the Heads from around 1914 not only suggest an affinity to the work of his friend Oskar Schlemmer, but in their linearity also hint at the constructivist phase in the 1920s. A look at the years after 1919 reveals that Baumeister's call to the war front disturbed his development for nearly four years - but only in temporal, not in artistic, terms.