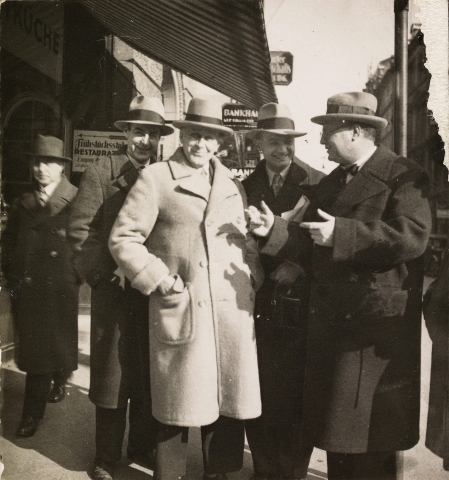 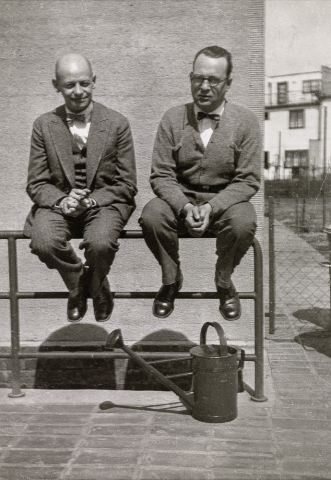 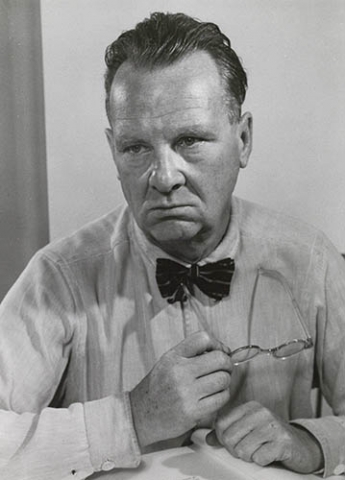 On April 1, 1928 Willi Baumeister pursued his call to the Municipal Applied Arts School (Städelschule) in Frankfurt. He was initially hired as a lecturer for the field of commercial graphics, typography, and fabric printing. He certainly would have welcomed taking on the painting class as well. This, however, was taught by Max Beckmann. In November Baumeister was awarded the job title professor. In the same month - with the arrival of his wife Margarete in Frankfurt - Baumeister began making regular diary entries, which he continued to do until his death. On December 23, 1928 their first daughter Krista was born.

In February 1929, Baumeister had a solo exhibition at the renowned Berlin Galerie Flechtheim, which would have been hardly conceivable without the Stuttgart successes and 1927 Paris exhibition. In November his newest work was exhibited by Gustav Kahnweiler in Frankfurt.

Baumeister Plays an Important Role in the Art Scene

In 1930, together with other artists - including Wassily Kandinsky and Kurt Schwitters - he became a member of the artist association Cercle et Carré. During this year exhibitions and gatherings took place once more in Paris.

In May 1930, in connection with the Stuttgart Künstlerbund-Ausstellung (Artist Union Exhibition), Baumeister received the Württemberg State Prize for the painting Linienfigur (Line Figure). In 1931 Gallimard in Paris published a small monograph by Will Grohmann that followed another published in Antwerp the same year. Le Corbusier wrote the artist correspondingly: Vous allez a l'avenir avec sécurité. (You are going to have a secure future.) Also in 1931 Baumeister traveled to exhibitions in Berlin, Essen, and Frankfurt am Main. Several German museums purchased his paintings.

Teaching and professorship related obligations demanded so much of him that he could only paint intermittently (Diary 1932). In December 1932 he exhibited at Galerie Cassirer in Berlin. It would be his last exhibition in Germany until 1945!

When the Brüning cabinet toppled in 1932, Baumeister spoke of the likely end of Germany's democratic era. At the beginning of 1933, under the rapidly changing political conditions, the Frankfurt press increasingly stirs opinion against Willi Baumeister. On March 31, 1933 he ultimately received notice without further explanation that his future teaching activity would be terminated. Following the dismissal, Baumeister returned to Stuttgart on March 7, 1933 where he initially earned his living mainly with commercial graphics. Even though he was not subject to a work prohibition, public activity as an artist would be unthinkable for a long time.

On April 26, 1933 the second daughter Felicitas was born. And despite the depressing political and personal circumstances, he soon resumed his artistic activity with unchanged intensity.

Just a year before, Willi Baumeister could not have imagined that the coming years until 1945 would take place under completely changed artistic and economic circumstances.