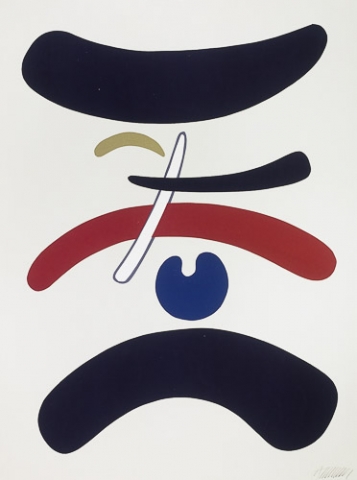 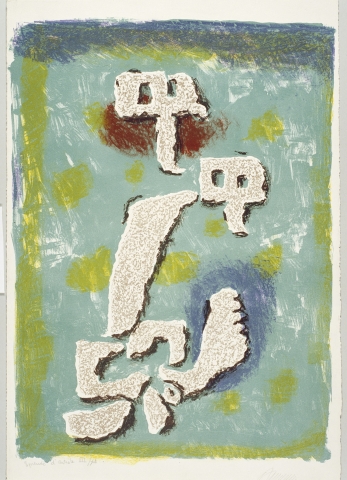 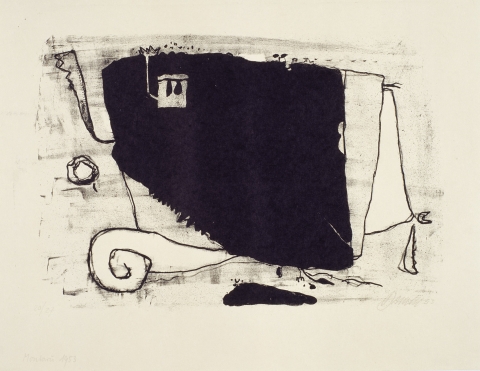 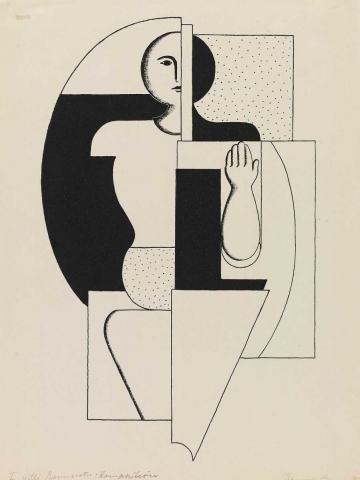 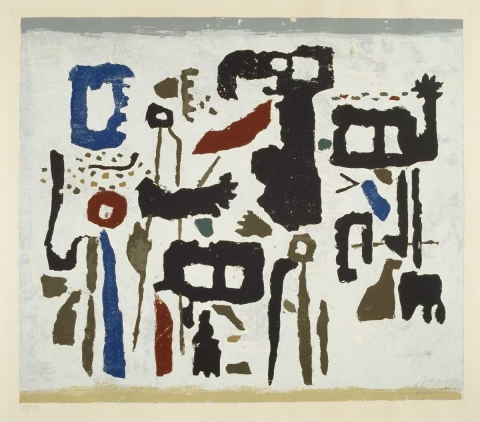 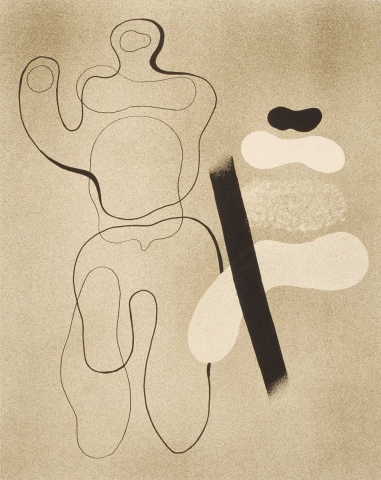 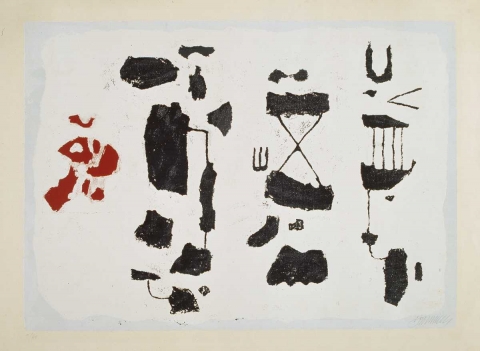 In relation to his paintings and drawings, Willi Baumeister's graphic print oeuvre occupies a modest space within his total production. Nonetheless, the artistic significance of the approximately 150 lithographs, about 70 serigraphs, 9 etchings, and slightly fewer woodcuts and linocuts is undisputed. Many themes and phases of his artistic development recur in these prints, upon which the great interest among collectors has also been established.

Baumeister brought some inventions to even greater perfection in his graphic works than in his paintings. As in the case of the drawings, the original graphics produced by Baumeister in lithography, etching, or silkscreen are seen as genuine and independent works of art.

The special character of the graphic works is particularly expressed where he varied and paraphrased the paintings' thematic and formal realms in the serigraphs and lithographs and thereby arrived at autonomous results.

Apart from the artistic aims, the print editions also allowed Willi Baumeister to pursue the goal of making his art accessible to a broader circle of enthusiasts who were of more modest means. Here he was part of a 500 year-old tradition that maintains its high rating today.

Not all works, however, were produced in a complete edition of between 50 and 100 copies. Some only exist as proofs and of others there are only a few copies.