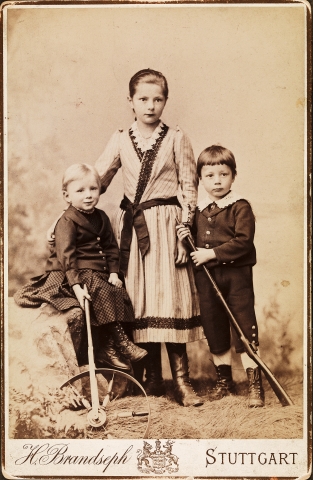 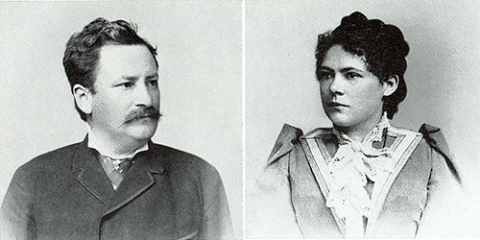 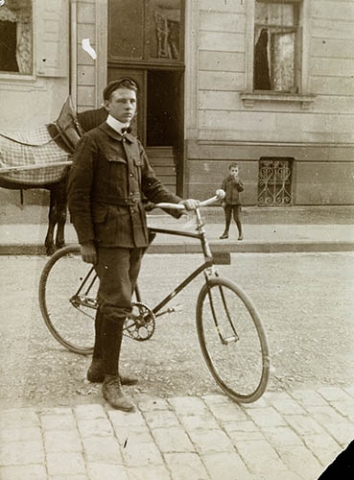 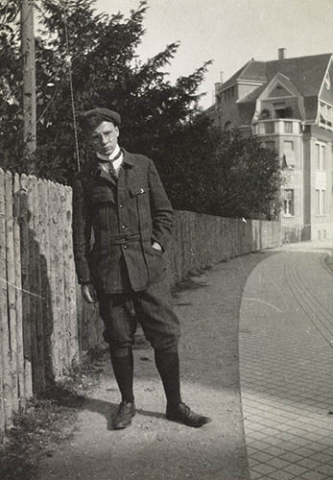 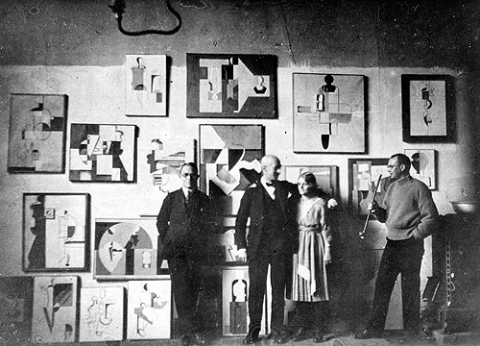 In Stuttgart on January 22, 1889 Friedrich Wilhelm (called Willi) Baumeister became the family's third child, born after Klara and Hans. Their father Wilhelm Baumeister (1847-1931) was court master chimney-sweep. He had studied mechanical engineering at the Stuttgart Polytechnic, but early on had to take over his father's company, then in the third generation. Willi's mother Anna, neé Schuler (1861-1945), was the daughter of the decorative painter Friedrich Wilhelm Schuler.

Anna was very artistically talented. From her family Willi received his first artistic impulses - paired with a good deal of diligence and handicraft skill. Already as a child his most prized toys were paper and pencil. Around age 16 he decided to study at the art academy but at his father's request first trained as a decorative painter from 1905 to 1907, training that, due to his advanced work, he completed early with the journeyman exam.

Already during the apprenticeship period Willi Baumeister was admitted to the Königliche Akademie (Royal Academy) in 1905-06 and attended Robert Poetzelberger's drawing class. He took additional lessons with artist Josef Kerschensteiner. From October 1907 until September 1908 he completed his military service. He then continued his studies at the academy and first attended Adolf Hölzel's composition class until 1912. There he met Oskar Schlemmer (1888-1943) and Otto Meyer-Amden (1885-1933) with whom he cultivated lifelong friendships.

First Paths out of Stuttgart

In spring 1911 Baumeister studied for three months at the Cercle International des Beaux-Arts (International Fine Arts Circle) in Paris. After his return he moved into his first studio in Stuttgart at Lessingstrasse 3. In September 1912 he moved to Amden for 15 months. In 1913 he participated for the first time in an exhibition at the Gallery Der Sturm in Berlin and in 1914 produced four wall pictures for the Cologne Werkbund Exhibition. He also traveled to Amsterdam, London, and Paris.

Service in World War I

From November 1914 until December 1918 Willi Baumeister served in the war, which took him to the Balkans, Ukraine, and the Caucasus. Nonetheless he also participated in exhibitions during the war years. In 1915 he met Oskar Kokoschka and the architect Adolf Loos in Vienna.

Start of the Artist Career

After returning from World War I he resumed his studies at the Stuttgart Art Academy in 1920 and completed them after summer of 1922. But his unique artistic career had already begun in 1913-14 - and continued with greater successes and recognition in 1919-1927.